How to Set Up Your Own Backyard Movie Theater

Setting Up Your Own Outdoor Movie Theater

A normal night at the movies hasn’t been possible for most of 2020, which has been a bummer for ardent film fans and casual moviegoers alike. Some theaters have adapted by offering drive-in movies, marking a resurgence in a tradition that was nearly extinct. But even with the drive-in theater renaissance, it’s still a rare option. If you can’t find a drive-in theater nearby or would rather not have to spend a few straight hours in your car, now is a great time to create your own outdoor theater setup. Here’s what you’ll need to run your own backyard movie theater.

A video projector is the foundation of any theater experience, whether indoors or outdoors. As the one must-have piece of equipment, it’s where most of your total expense will lie. So, let’s get the unpleasant news out of the way first: home theater projectors can be quite expensive.

Looking at prices for home theater projectors can be discouraging, especially when compared to TVs. You can generally buy a large, highly-rated LED TV for less than a projector with equal video specs. So if you’re only going to be using the projector a few times a year, the price tag can be a tough pill to swallow.

The good news is that there are still plenty of quality projectors at reasonable price points. At the time of this writing, Abt carries ten different models less than $1,000. Plus, this projector doesn’t have to be used for just backyard movie night—it can easily be set up in any empty room or permanently mounted in a traditional basement home theater.

While there are plenty of things to look for when buying a projector, here are the top three things to consider when setting up an outdoor movie theater:

Keystoning is the phenomenon that occurs when you take a photo of a tall building and it looks like it’s angled upwards. It’s caused by tilting the lens at an angle to the subject, and the same thing happens with a projected image. In your backyard, you’ll likely have to set the projector on a table at an angle to the screen. Keystone correction lets you adjust the lens to correct that distortion in the final projected image. Many projectors also offer automatic keystone correction.

This is the measurement of how bright the projector lamp can get. The higher the lumens, the more vivid your picture will look when there’s still ambient light. Brighter projectors can also be placed farther from the screen, resulting in a larger picture. Look for something with at least 2000 lumens. If you’ll only ever use it in total darkness and your backyard theater screen isn’t very big, as little as 500 lumens will suffice. Most projectors offer a variety of brightness modes to fit differing ambient lighting conditions.

Unfortunately, some projector brands will use deceptive language to describe resolution figures. It’s not uncommon to see a regular HD projector described as “4K capable,” simply because it can work with a 4K signal—but it still projects only a 1080p image. Make sure to verify what the actual projected resolution is before buying a projector for outdoor movie night. This is where it helps to consult one of Abt’s product experts.

The projector screen is the one area where you can really save some money without sacrificing much in terms of final picture quality. While high-end home theater screens can run into the thousands of dollars and feature various technologies that eke out every last bit of detail from a projected image, you can also make do with just about any flat, white surface.

One of the simplest solutions is a plain white bedsheet. Hung on the side of the house or between two trees, a white bed sheet makes a great impromptu outdoor movie screen.

Depending on its placement, there are some things you can do to optimize this frugal option. A single sheet will be thin enough that much of the light of a projected image simply passes through. To avoid this, you can layer it over a black sheet or even a cheap tarp. Or, drape the sheet over a large sheet of plywood, which will also help you sort out any wrinkles.

Another portable option is a simple sheet of MDF painted white. A standard four ft. by eight ft. board gives you a maximum screen size of between 92 and  98 inches, depending on the aspect ratio of your projected image.

The board can be painted with simple white house paint (most enthusiasts recommend an eggshell finish) or a paint that’s specially made for DIY projector screens. And when outdoor movie night is over, the board can be easily stowed in a shed or garage.

Most home theater projectors have built-in speakers, but they’re usually of similar quality to typical LED TV speakers. They’re not something you’d ever rely on for an enjoyable experience, especially not outdoors. So you’ll need an auxiliary sound system, and there are a couple ways to approach it.

If your movie projector has a built-in Wi-Fi, you can connect to network speakers like those from Sonos. With multiple Sonos speakers, you can make sure everyone in the yard is within earshot of good sound. However, this requires a Wi-Fi network that covers your backyard, which might not be feasible, especially in a large backyard.

Projectors that support Bluetooth connectivity offer an even easier wireless sound solution, as they connect directly to the speaker and don’t rely on an existing network. Most portable Bluetooth speakers, like the JBL Pulse 4, allow for multiple speakers to be linked, so you can surround an area in sound.

If you already have a soundbar hooked up to your TV indoors, that can make an excellent outdoor option as well. Since it’s just a single unit, it won’t be too much of a hassle to bring outside. Plus, many soundbars have wireless subwoofers, meaning there’s one less wire to run outdoors.

Outdoor speakers: Plan on regularly watching a movie in your outdoor home theater, or just really enjoy listening to music in your backyard? Consider some permanent outdoor speakers. There are tons of options, from simple hanging speakers to ones cleverly designed as landscaping rocks. And they’re available from renowned audio brands like Bowers & Wilkins, MartinLogan, and Sonance, so you won’t have to sacrifice sound quality in the name of weather resistance.

Other Things to Consider

You’ll need a video source to feed your projector, just like with any TV. If your Wi-Fi network reaches the backyard, a streaming media player like the Apple TV is a great choice, because it’s compact and easy to set up. Some smart video projectors even have apps built in. And if you prefer physical media, hooking up a Blu-ray player is as simple as connecting it to your projector with an HDMI cable.

Most high quality projectors are intended for indoor use, so they can be cumbersome. For ultimate ease of setup, consider one of the growing number of portable projector models, like the LG Cinebeam. Its built-in battery means there’s one less cord to worry about.

Backyard movie night can’t start until after sunset. Most projectors will produce a reasonable picture even at dusk, but for the very best picture you should wait until it’s actually dark out—think about how much better a movie theater looks once they turn the lights out.

Hanging your screen under a pergola or other semi-indoor structure will help with light control and let you start the show a bit earlier.

Of course, no movie theater is complete without a concession stand. But rather than running inside to grab a snack or a drink, bring everything you need outside. A small YETI cooler is a great way to keep a stash of cold drinks on hand throughout the film. And make sure to pop a few bags of popcorn before the movie starts so that you have enough to last until the final credits roll.

Don’t forget about mosquitoes! Most common nighttime outdoor activities revolve around a fire, which keeps the bugs away. You might be surprised just how many pests are swarming about when you’re in total darkness. Consider lighting citronella candles around the viewing area to help with mosquito abatement. If backyard movies will be a common event, you may even want to invest in a permanent deterrent, like a Dynatrap mosquito trap.

And if you’re in a part of the country that allows it, there’s no reason you can’t watch movies outdoors even in the fall and winter months! If it gets a bit chilly, a Bromic outdoor heater is an easy way to keep movie nights cozy even when the temps drop.

Abt Made Some Kids Happy at Coles Elementary 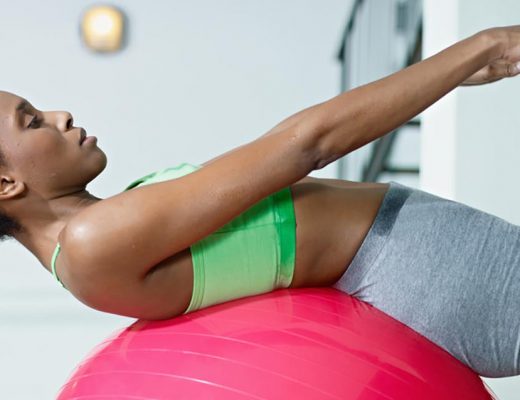 10 Winter Workouts to Do at Home