Last weekend, we had the opportunity to take part in the Audio Expo North America (AXPONA), the country’s largest audio equipment expo. AXPONA is an audiophile’s dream—think of it as the Detroit Auto Show for audio lovers. It’s where the best of the best gets put on display, giving thousands of people the chance to experience something normally out of reach; perhaps a fortunate few will leave having found their next major purchase. So it was only appropriate that we bring along some top-tier equipment from our friends at Bowers & Wilkins, McIntosh Laboratories, and Audioquest.

Our demo room consisted of a pair of the Bowers & Wilkins 800 Series Diamond D3 floorstanding speakers and two of their flagship DB1D subwoofers, being fed by a full McIntosh stack that included the C2600 2-channel vacuum tube preamplifier and a pair of MC611 solid state power amplifiers. The whole setup was connected by Audioquest cables, including FireBird wires from the Mythical Creatures series, and run through the AudioQuest Niagara 1200 noise dissipation system and PowerQuest 3 surge protector. Music came from either lossless high-resolution digital files or records spinning atop the McIntosh MT2 Precision Turntable, giving analog music fans something to cheer about. In fact, those who’ve never been to AXPONA or a similar expo might have been surprised to see so much vinyl being played.

If you missed us at AXPONA but would like to get some ear-time with this setup—or any of our other audiophile-quality equipment—don’t fret. You can stop into our Glenview showroom at any time to demo any of our large selection of speakers, A/V receivers, amplifiers, and subwoofers in one of our dedicated listening rooms. Our audio specialists are happy to answer your questions, walk you through building the ultimate stereo system, or even just put your favorite record on.

Here are some more of the sights of AXPONA. We hope to see you there next year!

Hear All the Sounds of the Super Bowl 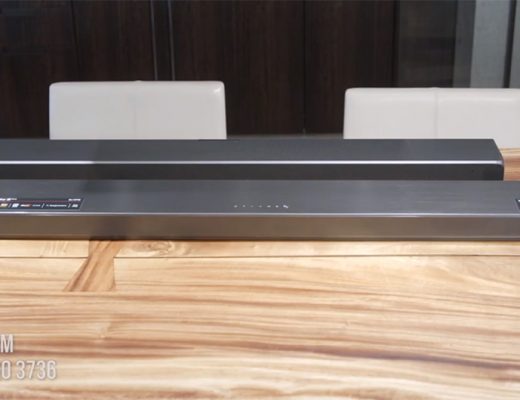