Earlier this month, we gave you a quick glimpse at the new Sony Master Series TVs, the Z9F LED and the A9F OLED. These TVs, announced this summer, take the X1 Ultimate processor that Sony had previously shown off at the Consumer Electronics Show, and pair it with a wealth of other high-end tech to create some of the finest televisions currently available. We’ve now had enough time with these TVs to do a deep dive into the features and performance. For shoppers considering the ultimate home theater TV, the Sony Z9F vs A9F match-up is a debate that’s going to have to be settled.

The Master Series TVs share many traits: the X1 Ultimate processor, Sony’s Triluminos technology, full Android TV integration, and Sony’s all-new Netflix Calibrated Mode. But there will be a few key points that might be deciding factors. Does size matter? If so, the Z9F LED—which is available in a 65 and 75-inch models—bests the A9F OLED, whose largest size is 65 inches. Do you not want to deal with an auxiliary audio system? Then the A9F OLED wins hands down, thanks to its Acoustic Surface Audio+. How do you choose in the end? That’s going to be tough. Your best bet is to come and see them in person, but if that’s not an option, hopefully our comparison video will help. 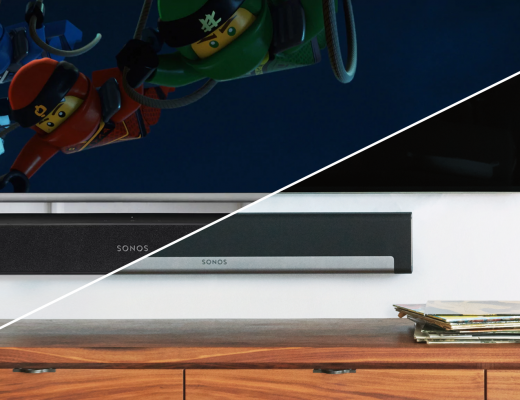 Get Into Spring Cleaning with New Dyson Vacuums