All four of these media streaming devices allow us to watch anything our heart desires. Like our favorite movies, tv shows, & music streaming. Yet, with four options to choose from it can be a little overwhelming to pick the right streaming device for you. To make your life easier, we are going to compare these devices, so by the end of this article you will have a clear idea of what you are looking for in a streaming device. One important consideration before we dive into each device is what streaming services you will be utilizing. Since some devices don’t offer certain services, have an idea of which service you use the most: Netflix, Amazon Prime, YouTube, Hulu, etc.

The front-runner in the group is the Roku. A third-party device that has a lot of upsides. The main advantage being that you will be able to stream all of the major services, so there is no lack of content. The Roku has 6 different models available; there are a lot of key differences mainly in hardware, but the user interfaces are all similar. The price correlates with the internal components, meaning the higher priced Rokus will offer the best streaming and video quality. Some of these features include: stream service up to 4k, play video games, plug-in headphones to the remote, & quick launch remote with buttons on it. The interface is intuitive and easy to use, for this reason we think the Roku should be considered by everyone.

The Chromecast is the wildcard in the group; some people love it, some hate it. There are three different options the entry-level, the audio only (to plug into your stereos and play music) and the Ultra which is 4K capable with faster load times. One of the obvious missing items from a chromecast is the lack of a remote. Which to some is a major downside, but to others who love to use their phone as a remote control is a major advantage. Everything is controlled through apps on your mobile device which is great if you are always losing the remote between your couch cushions. Another downside to this device is that you are not able to stream Amazon content. Yet, to make up for this there is a mirroring feature that lets you “cast” your computer screen onto your TV. Anyone who watches mostly YouTube, and would like to stream from multiple devices would want to choose a Chromecast.

For the Apple diehards there is one simple choice. For the Apple connected house there is simply no other option than the Apple TV. Like every Apple product the design is impressive, and the Apple TV is no exception to the rule. Especially the remote, which is a beautiful two-tone black that has a siri built-in as well as a track pad on the top half of the remote that offers supreme control over the Apple TV. One really impressive addition to the Apple TV is the apps you can download. Apple has allowed developers to add their apps to the platform, which means you can check twitter, Facebook, or play mini games all on the big screen. The downside to this device is that it cannot stream 4K content, while almost all of the other devices can. Is that enough to turn us off of the Apple TV? If you own an iPhone, don’t let that bother you.

The Firestick is an all around safe bet for anyone, because this device allows you to watch any content you desire from any of the major streaming services. This device has somewhat of a cult following. Where users claim it is hands down the best, and wouldn’t dream of using any other streaming device. Unfortunately, there are some downsides to the Firestick; like it suggests programs for you to watch, but when you click on it you find out that a subscription is needed for that specific movie. Also the interface isn’t that intuitive and leaves you miss clicking the remote. On the subject, the remote offers Amazon’s speak to search function, but this isn’t fully flushed out yet and might need a few years before it is as good as it can be. The Firestick is definitely a top choice.

Easter Bunny at Abt! 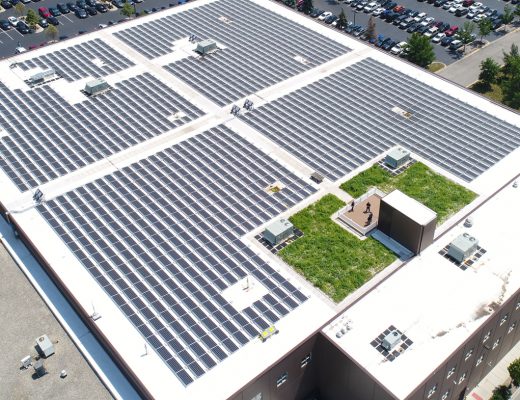 Abt, From the Skies