And just like that, 2017 is over. If it seemed like this year passed unusually quickly, you’re not the only one that feels that way. 2017 was a banner year for us, with store upgrades, new showrooms, and more events than ever. Here’s a look back at some of the highlights at Abt this year.

The fountain has always been the centerpiece of our atrium. In 2016 it was upgraded with new jets and a digital light system, and earlier this year, it was expanded in size to allow for bigger, more excited waters shows. Visitors to Abt can enjoy a dancing water and light show, set to a different popular song, every hour on the hour.

This year, we were treated to two visits by MasterChef Junior Champion Addison Osta-Smith. In the fall, Addison stopped by to cook her favorite back-to-school recipes, and she returned earlier this month to share some tasty holiday cookies. Big thanks to BlueStar Appliances for helping make the events possible.

Charles Krypell Comes to Abt

The Abt Time Boutique has been home to a variety of fine watches, as well as our Pandora Jewelry display, for years. This spring, we added a lineup of products from internationally-renowned jewelry designer Charles Krypell. To celebrate, Mr. Krypell himself stopped by Abt for a trunk show, giving guests a chance to talk style and art with the legendary designer.

Last year, one of our highlights was the opening of our Microsoft Gaming Room in the Connect computer boutique. This year, we dove deeper into the world of gaming by hosting our first-ever Madden Xbox tournament. Over seventy people attended, for a day filled with non-stop, head-to-head Madden action. Nearly eight hours later, with the store closing down around them, the final four players emerged victorious, leaving with prizes like a new Xbox One S, a Thrustmaster steering wheel, and Xbox Live gift cards. Sound exciting? We’ve got a FIFA 18 tournament coming up in January!

This year, we had the honor of adding some legendary audio brands—including McIntosh Laboratory, Mark Levinson, and Sonus Faber—to our already extensive lineup of speakers and audio equipment. It was only natural that we create some new listening rooms to let these products truly shine. Our new pair of speaker audition rooms are the perfect place to experience the indescribable sounds of these and some other renowned audio brands.

This summer, Abt installed a major upgrade to our store infrastructure, in the form of a megawatt-capacity cluster of Tesla Powerpacks. This high-tech battery array gave us additional layer of power redundancy for our critical store IT needs, lets us store power from our solar array to be used at night, and even lets us help out the local utility provider in crucial emergency situations. Click through for more technical info.

One of the most unique things about Abt’s staff is the legendary lengths of time that many have spent employed here. This year we celebrated a few notable anniversaries. Earlier this year, we wrote about how long-time employee Terry Forrest marked his 50th year at Abt. Another one of our most prolific sales specialists, Stephen Weiner, celebrated his 25th year with Abt. One of 2016’s employees of the year, Stephen is known for consistently being one of Abt’s best-performing salespeople, with a massive word-of-mouth customer base. His dedication to Abt started before he was even hired. Ask about how he got the job and he’ll explain how he came to Abt every Thursday for an entire year, before finally convincing Bob Abt to hire him. In 25 years, Stephen has experienced all sorts of interesting interactions with customers—including a man who brought in his own dish of mashed potatoes, so he could test out how various microwaves performed while reheating them. Here’s to many more years for all of our long-time employees.

Jimmy Bannos in the House

The creation of the Abt Inspiration Studio—filled with a dozen kitchens with live, working appliances—opened up a world of new opportunities for store events and demonstrations. This November, we were treated to a visit by acclaimed chef Jimmy Bannos, of Chicago’s Heaven on Seven Cajun restaurants. He spent the night demonstrating a variety of delicious appetizer recipes, pairing them with complementary wines, and entertaining the large crowd with expert cooking tips and tales from his storied career in the restaurant business. Hope to see you again soon, Jimmy!

Chicago sportscaster David Kaplan has been a long-time friend and customer of Abt—walk the halls here and you’ll see his photo in our Wall of Fame multiple times. This December, he stopped by for a signing event for his new book The Plan, which chronicles the Chicago Cubs’ rebuilding efforts and eventual World Series win. The book is a must-read for any Cubs’ fan, and plenty of them stopped by to scoop up the book as a holiday gift.

Thank you to everyone who helped make 2017 one of our best years ever. Here’s to a happy, productive 2018!

Win a Tempur-Pedic Mattress!
New at the Gym? Here's the Best Equipment for Beginners
0 Comments
By Pete R

Vitamix at Abt Electronics

Save on GE Appliances at Abt! 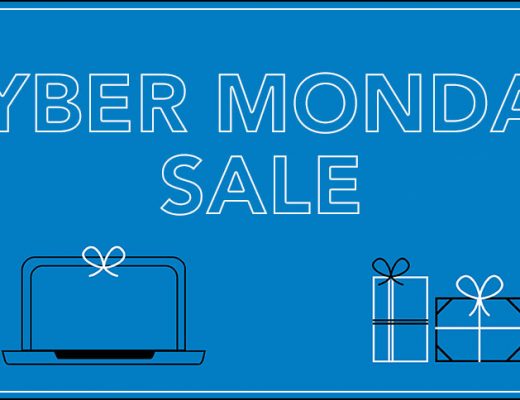