1) Camera Technology:  Have you seen the techie fight scenes when two rivals are flying toward each other in slow motion and then the camera begins to circle around them?  Well, Thanks to Replay Technologies’ proprietary freeD technology, you’ll see this on the field.  In fact, you may have already seen it in the 2012 Olympics, 2012 PGA Championship, and Yankee Games.   If you’re a Cowboy fan or a fan of an NFL team that will visit Arlington Texas’ At&t Stadium, then be excited when a review is needed.  There are 12 Cameras stationed on both ends of that field.  They will be able to provide some pretty serious reviews from the end zone to the 20-yard line.  They use Teledyne Dalsa Falcon 2 cameras that are all synchronized to record a moment from all different angles.  The freeD technology considers this group of 12 4K equivalent cameras acting as one.  The result is the sci-fi ability to re-position your view in ways the traditional cameras won’t.  The data from the cameras courses into a brain room where you have the right staff ready to provide you a quick replay that will definitely impress you.  I polled Abt employees to see if anyone witnessed some freeD reviews in Sunday night’s Cowboys vs. Giants game.  Some of those I asked said they watched some of the game and none witnessed any freeD action.  It would be nice if they used this technology all throughout the game instead of the limited review moments.

2) Protection Technology:  We used to sell Tech21 iPhone & iPad cases.  They use D3O material inside their products.  They were even cool enough to send us a vat of raw D30.  We had a blast.  We wrapped up our thumb and took a hammer to it (just like their videos) and to our amazement, it worked!  This gooey orange stuff is made of molecules that, upon shock, lock together.  They absorb the impact and spread the shock across the D3O.  Today, over 20 sporting good brands have partnered with D3o Technology.  One of these brands, All-Star, already sells d3o integrated Girdles, Shoulder Protective Base Layers, Crash Pads for forearms, and Lineman Gloves.  Schutt Sports just created the first sports helmets lined with d3o for baseball and softball.  Perhaps football helmets are next?  D3o goo  On a related note, Professor Vijay Gupta from UCLA has been getting a lot of attention for his shock-absorbing polymer.  Hope these scientists entered the NFL Head Health Challenge II.  This NFL Sponsored program is awarding millions of dollars to those that participate in this quest to reduce brain injuries.  Meanwhile, I wish the 2013 NFL season the best of luck handling the average 1600lb force the average tackle brings.

3) 3D TV!: Eye-popping amazing graphics flying at your face and changing the way you experience the big game is…….not going to happen (yet).  ESPN 3D channel is apparently shutting down by the end of the year.  Don’t worry though; our 3D favorite Avatar has a sequel that’ll hit the theaters in 2016.   By then we’ll probably have enjoyed a 3d Super bowl.  I’m sure the future will help to ease the burdens associated with broadcasting a live 3D event. Once technology gets us over that hurdle, we’ll see more 3D TV broadcasts.  Meanwhile, we’ll enjoy some really cool 3D movies.

4) LASERS!  Laser projected First Down lines? Seen at the stadium or on TV could be a laser projected line instead of the old school chain measurement.  NFL still not sure if this is going to be a reality.  Seemed to be a hot topic in January 2013 and suddenly, no one is talking about it.  First Down Laser Systems, LLC seems to have a positive attitude.  I can hear the sportscaster now, “Ooooh, looks like a close one Roger…Oh Yea!  They’re firing up the lasers!” 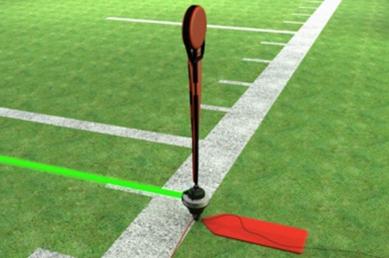 5) Microsoft & NFL: New Xbox One delivers us a new way to watch the game?  Microsoft and the NFL struck a deal that enables Microsoft to get hands-on with how people enjoy the game.  I have a feeling that this will be most important to fantasy football fans.  We’ll see. It does look very cool. 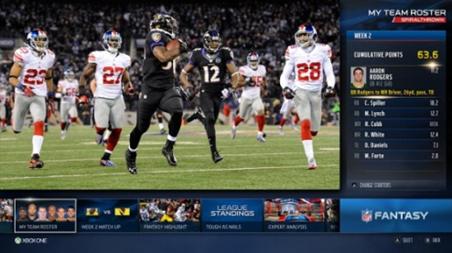 6) Full Field View:  64:9 720P Ultra-Wide Cameras that can record the entire field at once?  Can you imagine hanging’ out a bar to watch your favorite NFL team play and instead of a big-screen TV there’s a wall of 4 monster HD TVs?  Your team’s end zone is off on the TV on the left and on the 4th TV to the right is the End zone of your opponent.   As silly as that may seem, I’d visit that bar at least once.  Panasonic’s already built this recording beast.

Special Sale in Appreciation of our Customers

It’s The End of the Year, So Tell Us What You Think