Abt at the Movies – Gangster Squad 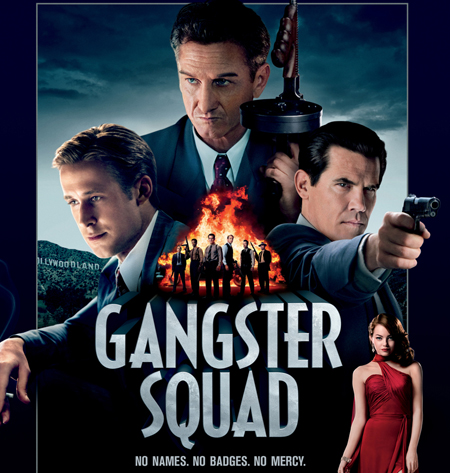 It’s BACK! “Abt at the Movies”.  Every Tuesday we will be showcasing a new movie to come to home video.  In addition, there will be a special price on a select home theater item.  Check out our weekly reviews and piece together your dream home theater!

It doesn’t take us long to realize that the bad guy in this film is Sean Penn’s Mickey Cohen. I say that because after a brief narration showing Cohen boxing, we are taken to the high hills of Hollywood California behind the famous “Hollywood” sign. Cohen has a rival visiting Chicago gangster tied with chains between two cars as a couple of hungry wolves look on ravenously. In an obvious attempt to send a message back to Chicago about Cohen’s unwillingness to listen to anyone but himself, he tells both drivers to put the pedal to the metal and we see said Chicago gangster split in two as the wolves…well, you know.

A gruesome introduction to a clearly maniacal leader who wishes to have Los Angeles between his fingertips.  While Mickey finds no competition from outside gangsters, there is a lawman who sees Los Angeles, not as a place to be owned, but to be protected.  Sgt. John O’Mara played by Josh Brolin has an equally telling introduction as he is seen following a man who picks up a starry eyed girl from outside California hoping to make it big. O’Mara clearly knows this guy’s scam and follows him, much to the dismay of his partner who refuses to join his partner. Why? Because the creeper guy works for Mickey Cohen, a Los Angeles untouchable, even for the LA Police.  Not one to avoid conflict, O’Mara  proceeds to enter the guarded Cohen building and proceeds to crack some heads, break some hands, shoot some baddies and save the starry eyed girl from a disastrous outcome.

Upon returning to the police station,  O’Mara gets chewed out by his boss for doing his job, and being told that he should have never entered the world of Cohen’s.  Just shy of receiving disciplinary action, O’Mara leaves frustrated and is then approached by the grizzly Chief Parker played by the equally grizzly Nick Nolte.  Here, he offers O’Mara a proposition to put together a team featuring Ryan Gosling, Robert Patrick, Michael Pena, Anthony Mackie and Giovanni Ribisi.  They do whatever they can, off-the-books, to bring down Cohen’s criminal enterprise once and for all.

I found the look and feel of the movie very compelling. There is something special about a period piece that can recreate the sights and sounds of the post World War 2 generation. The songs, styles and overall look are remarkably recreated. I’m a sucker for noir stories, both for their look and feel and Gangster Squad hits the nail on the head in that department. Rainy nights, dark alleys, gruesome death scenes and so much more are sprinkled throughout the movie, it’s enough to satiate any hard boiled detective fan.

Where the movie does fault is in the pacing and the actual script of the movie. Once O’Mara puts together his rag-tag team of do-anything tough guys, it quickly moves from shoot out to shoot out without any intelligent progression. Penn’s Cohen character comes across as wildly blood-thirsty in several scenes, so much so, it looks like a parody of a Dick Tracy villain; prosthetic nose and all!

The movie also tries to stuff in a superfluousness story line featuring Gosling and Emma Stone‘s character as she secretly has a love triangle between him and Mickey Cohen.  It’s a really disappointing result and a distraction from the movie.  If you want to see Gosling and Stone all kissy-faced, check out Crazy, Stupid, Love.

Gangster Squad does a great job at recreating the look and feel of post World War 2 Los Angeles. Giving viewers a glimpse into the seedy, gangster ruled underground is fun, but the execution lacks in offering a lasting impression.  The script is, at times, laughable and can come across as a 1950’s gangster parody. A decent 2 hour crime drama, but do yourself a favor and check out others like L.A. Confidential or pretty much anything with Humphrey Bogart for a taste of great noir films. 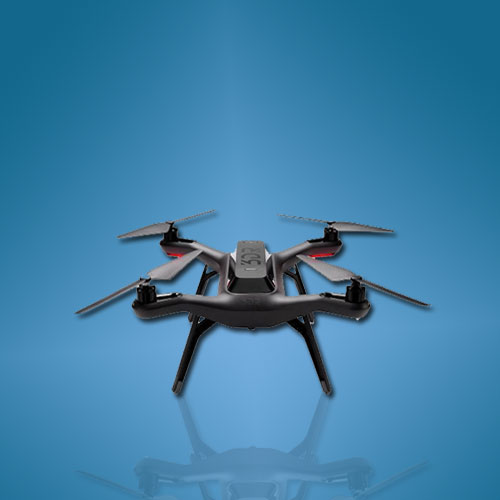 DJI Takes Over the Sky with their Improved Fleet