Abt is proud to make all of the displays you see around the store in our in-house woodshop, by a staff of dedicated carpenters. Occasionally though, we like to have some fun and invite a guest builder to craft something for our showroom. If you’ve been in our Atrium lately, near the cookie area, you’ve probably seen the latest custom kitchen display, designed by Chester & Chester of Evanston, Illinois. 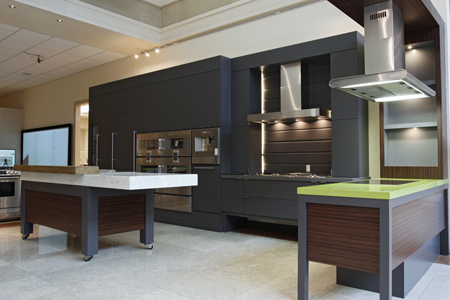 Abt joined with Chester & Chester to create the kitchen of any cook’s dream, featuring Gaggenau Appliances.

We teamed up with Chester & Chester to create the ultimate kitchen, a combination of modern luxury and supreme utility. Featuring a full array of Gaggenau appliances, the installation represents the pinnacle of kitchen technology.

Love to cook? The selection from Gaggenau will let you do it anyway you can conceive. A pair of built-in steam ovens uses the power of steam to thoroughly but gently cook foods, resulting in tender meats and preserving vegetables’ nutrients. Multiple individual 12″ cooktops let you cook hibachi-style, grill over hot lava stones, or simmer sauces on a traditional gas burner. 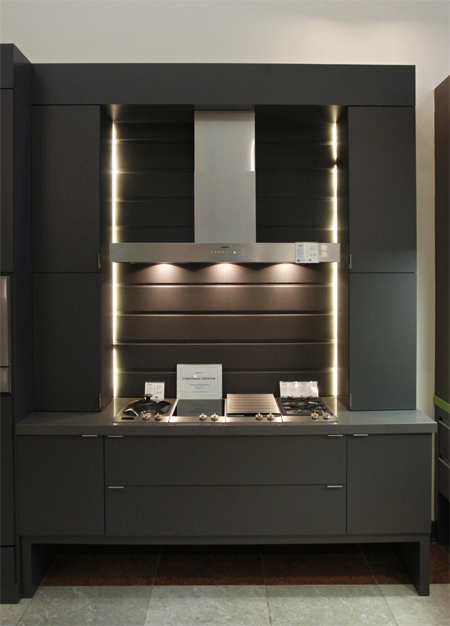 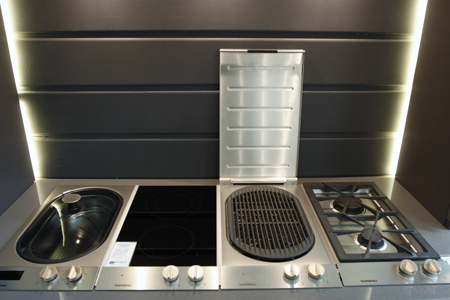 But the hottest cooking appliance in this kitchen is actually one that spends most of its time cool: the Gaggenau Full Surface Induction Cooktop. Induction cooktops use electromagnetic energy to heat your cookware, instead of the cooking surface itself. As a result, you can sear a steak just the same as on a gas cooktop, but if you removed the pan, the induction cooktop underneath it would be cool to the touch. Induction cooktops aren’t anything new, but what makes the Gaggenau model so impressive is that the entire surface is usable cooking space. Instead of dedicated circles of cooking area, you can place any pans anywhere on the cooktop, and get an even level of heating. The entire thing is controlled by a simple touch-screen, making it the most intuitive induction cooktop available. That is pretty cool. 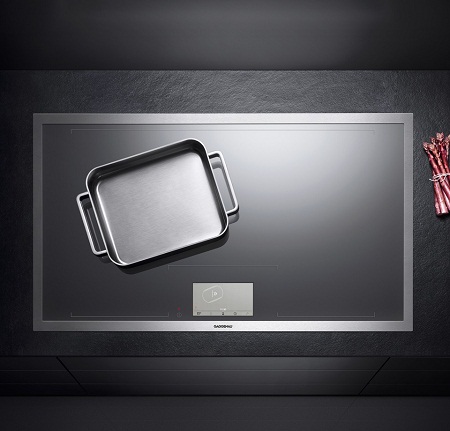 Place your cookware anywhere, in any position you choose.

And speaking of cool, across the kitchen you’ll find the built-in 30-inch refrigerator, 24-inch freezer and 16-inch dedicated wine cooler. The separate units feature stainless steel interiors and specialized air distribution systems, which keep your foods fresher, longer. Each of the three units hides behind a custom panel that perfectly matches the rest of the cabinets. Hidden too is a Gaggenau dishwasher, whose Power Boost mode will completely wash and dry a full load of dishes in under an hour. And rounding out the cutting-edge kitchen is a built-in coffeemaker, which can automatically brew a fresh cup of your favorite coffee or espresso. 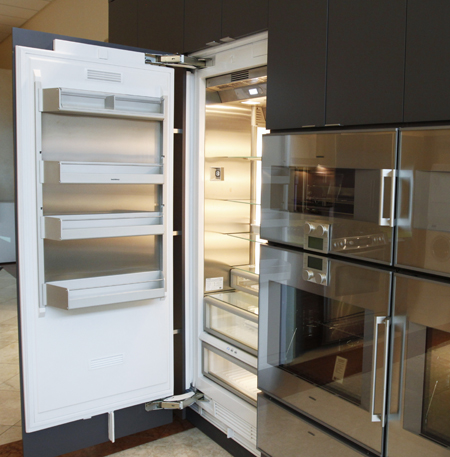 Chester & Chester combined striking colors with sleek lines that complement the stainless steel Gaggenau appliances. Every cabinet features hinges that prevent slamming, gently pulling the doors closed instead. The hidden appliances blend in seamlessly with the rest of the cabinetry, for a uniform look across the entire main wall. One of the more striking features is the reclaimed-wood beam mounted along the moveable island, which can function as a breakfast bar, or simply a place for people to lean when hanging around your kitchen. And with a kitchen this good, you know that’s where the party’s going to be. 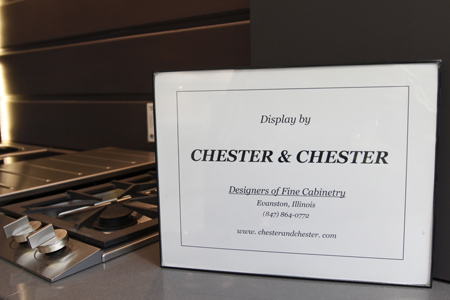 For a closer look at the Gaggenau kitchen, and our entire selection of Gaggenau Appliances, we invite you to stop by our Glenview showroom. If you’d like information on the cabinetry, the fine folks at Chester & Chester would be happy to answer your questions.

Experience HD in a whole new level with the Sony 4k Ultra HD TV at Abt! 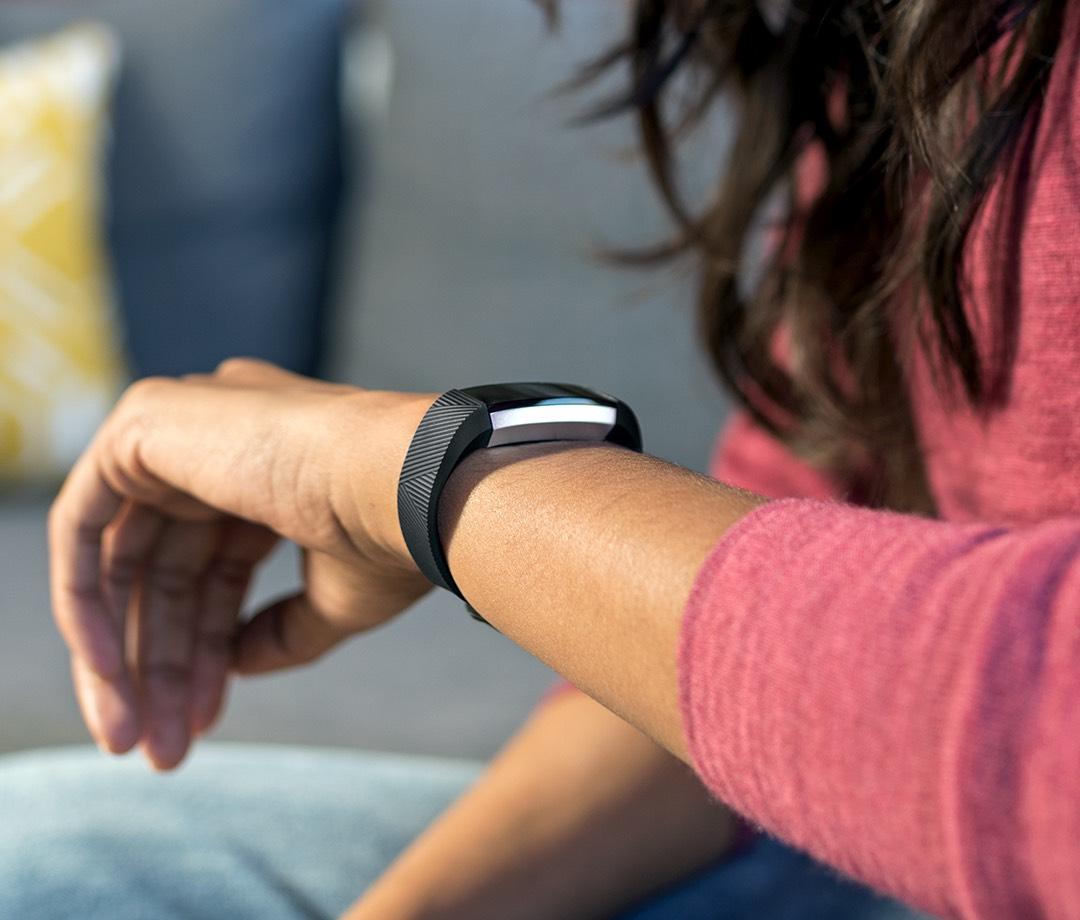 Abt Back to School Blogger Panel Answers Your Tech Questions!