CES 2013: The photo industry responds to a rapidly-changing world of image consumption and sharing

CES 2013—With so much of the population packing smartphones capable of producing acceptable-quality photos, camera makers have had to innovate in recent years to keep their products viable. The main allure of a camera phone, besides eliminating the need to bring a dedicated camera everywhere you go, is the ability to share your photos instantly. Users are willing to sacrifice image quality in exchange for the portability and quick access to Facebook, Twitter or Instagram. Camera makers have begun combating this by building Wi-Fi capability into their cameras, letting users connect them to a smartphone or hotspot, giving access to their preferred method of sharing. The hope is that social shutterbugs will appreciate the picture quality enough to want to use a dedicated camera instead of the one built into their phone.

Canon showed off three point & shoot models with integrated Wi-Fi, including the Canon Powershot N, which we already spotlighted. Samsung announced a half-dozen Wi-Fi models, which will complement their Android-powered Galaxy Camera. Sony and Panasonic each displayed at least one connected camera, while Nikon touted the ability of its new D5200 to connect to your smartphone via a tiny plug-in adapter. All of these models, in addition to the recently-released Canon 6D DSLR and Panasonic GH3 mirrorless camera, signal that we have entered the age of the connected camera.

Several manufacturers used CES 2013 to focus on rugged models that push the durability of the pocket camera further than ever before, while still offering features to differentiate from similar offerings. Olympus released a trio of Stylus Tough cameras that are all freezeproof, shockproof, crushproof and waterproof. The flagship Stylus Tough TG-2 can be submerged down to 50 feet below the water’s surface and features a bright f2.0 lens to capture maximum light at that depth.

Fujifilm’s XP60 offers much of the same durability, plus a high-speed mode that can shoot up to 60 fps, making it a perfect choice for extreme-sports athletes. Panasonic, meanwhile, displayed its own improved tough-cam with a trick of its own: the DMC-TS5 has built-in Wi-Fi and NFC connectivity, making sharing super easy when you’re in adverse conditions where you might not want to open your camera up. Interestingly, every one of these rugged cameras also shoots full HD 1080P video (some at a high frame rate), likely in response to the growing popularity of sports-oriented video cameras like the GoPro Hero. Panasonic also looks to be capturing some of that market with the HX-A100 wearable camera, which lets users hang the camera from their ear or easily attach it to a helmet. 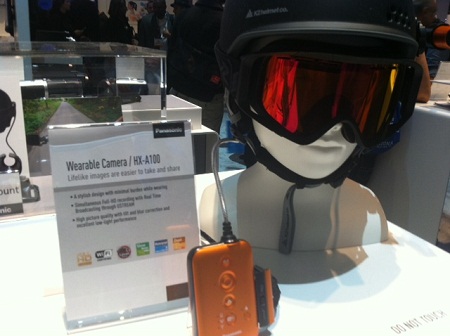 CES 2013 saw the continued popularity of feature-rich cameras in compact packages, appealing to photographers who don’t always want to leave the house toting a camera bag that weighs as much as a toddler. Mirrorless interchangeable-lens cameras can equal the image quality of a pro-level DSLR, in a form factor often not larger than a bulky pocket camera.

Nikon used CES 2013 to announce the J3 and S1 cameras, which are updates to the popular Nikon 1 System. The J3 offers an improved, higher-megapixel sensor than its predecessor, while the S1 simplifies some controls to make it even more accessible to beginners. Along with the cameras, Nikon also released a pair of new zoom lenses, and a waterproof case designed for the new models.

Samsung expanded its NX line of mirrorless cameras with the NX300, a 20-megapixel camera with a versatile fold-out OLED screen and built-in Wi-Fi. The NX300 can also take 3D stills and videos, with an interesting twist: it does so with a single lens. In standard mode, it operates like a traditional lens. With 3D mode engaged, a proprietary design transforms the internals of the lens, letting the camera capture two sets of images with the dual-lens systems normally needed. The simple system will make it a great choice for someone who wants a camera capable of high-quality normal photos, but may be interested in experimenting with 3D as well.

Finally, sometimes it’s not enhanced features or image quality that people are after. Sometimes people just want something unique and quirky. Pentax hopes that’s the case, as evidenced by the debut of a color-customizing system for their Q10 mirrorless camera. Through the Pentax Q10 Studio, customers will be able to choose from 100 different color combinations for the body of their Q10. It’s not a feature that will make you a better photographer, but it might help you have more fun with your camera. 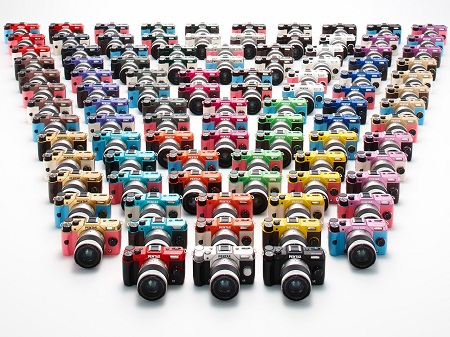 Users can choose from 100 different color combinations for the Pentax 10 mirrorless camera.

CES 2013 is a convention for the broader “consumer electronics” industry, and doesn’t often see many high-profile releases from the photo industry, which has its own set of trade shows.  Still, the selection of new cameras we saw seems to point towards particular strategies that camera companies will be following in the coming year as they battle competition from more capable multi-function devices. 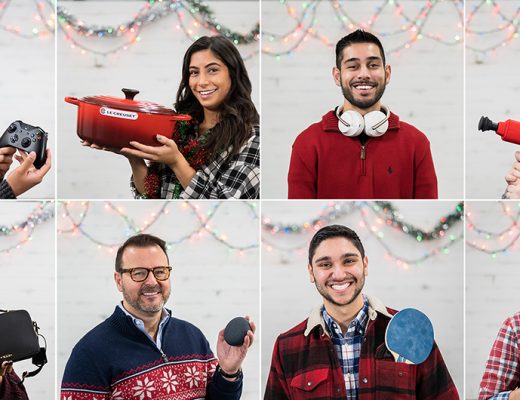 Abt’s Power Tips for your iPad