The 4K TV Revolution Has Begun 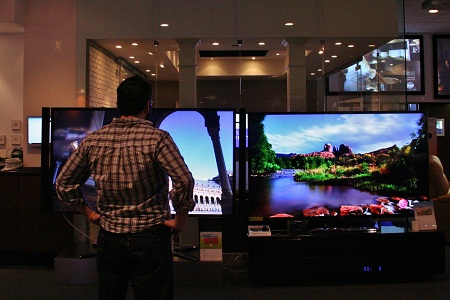 It wasn’t long ago that the decision to make when buying an HDTV was “720p or 1080p?” Eventually, Full HD 1080p became prevalent in all manner of affordable displays, down to the LCD screen at your computer. But just when the resolution battle seemed to have settled down, there came the 4K TV, also called “Ultra High Definition.”

In late 2012, Sony announced their entry into the world of UHDTV, the 4K 3D LEDXBR-84X900 HDTV, which we at Abt Electronics are proud to have available for purchase. Not soon after, LG Electronics entered the battle with their own 84″ 4K TV, the 84LM9600, which boasts similar specs. The LG model recently arrived at Abt, and we currently have them on side-by-side display.

The 4K moniker refers to the televisions’ horizontal resolutions, which measure 3840 pixels wide. To visualize what an 84″ UHDTV looks like, imagine four 42″ TVs arranged in a grid, with each of them playing ¼ of the picture that would normally fit on a single screen. You end up with 4 times the resolution of a 1080p TV. 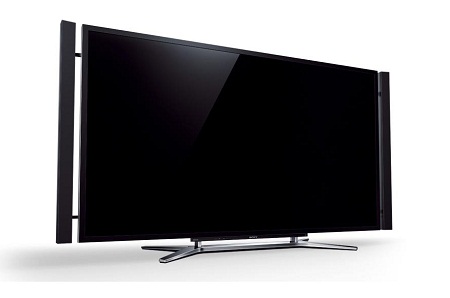 Staring into these TVs is almost indescribable, like looking through a magical portal at real-life scenes on the other side. Color, clarity of details and overall realism are simply staggering, which makes it difficult to decide if one set looks better than the other. The picture on either is so far beyond any other 1080p LED, LCD or Plasma display that you can’t go wrong with either. Both TVs utilize passive 3D technology and use that feature to offer split-screen gaming where each player sees his own action displayed on the entire screen. Integrated, high-quality speakers on either set provide theater-like sound without needing additional components. 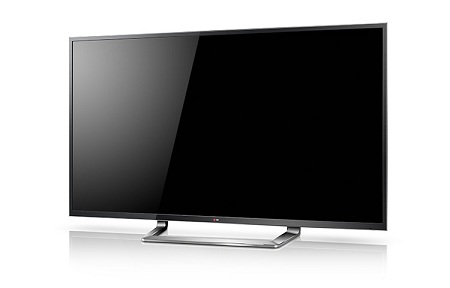 Do you choose the Sony 4K TV or the LG 4K TV? The Sony is currently priced at $25,000 and the LG at $17,000. Of course, with cutting edge technology like these TVs, price should not be the sole deciding factor.  If you’re interested in a 4K TV, we invite you to come by our Chicagoland showroom, talk to our sales specialists and have a look at the sets in person. Fair warning: gaze too long, and real life will be disappointing afterwards.

We’ll be having a special event for the Sony TV on January 12th, and one for the LG display on January 24th. Stay tuned to the Abt Blog for more details in the coming days.

Race For the Kids R/C Car Fundraiser Returns to Abt!

Save on Nikon at Abt Electronics 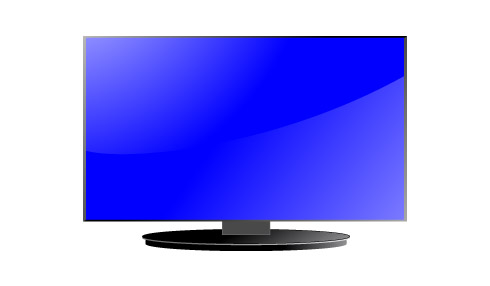