4K TVs at CES: Abt Checks Out Sony’s UHDTV Sets 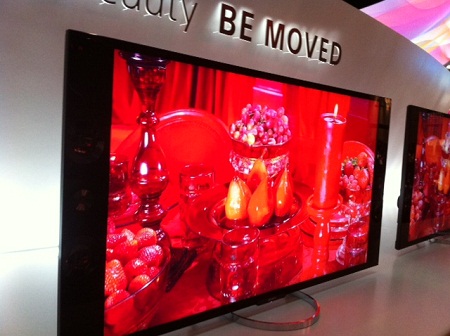 CES 2013— 4K TVs are out in force at CES 2013. The tech that everyone in the audio/visual world has been buzzing about, and we spotlighted recently, is moving beyond the introductory stage. CES 2013 saw manufacturers release details for multiple models utilizing the ultra high resolution format, which uses 4 times the pixels as a standard 1080p HDTV. Leading the charge is Sony, whose 84″ 4K 3D Bravia TV is a wonder to behold. However, the company realizes that, at $25k, it’s still well out of reach for the majority of interested consumers. In response, they’ve announced 55 and 65-inch models that will feature the same stunning picture at prices that Sony describes as “attainable.” 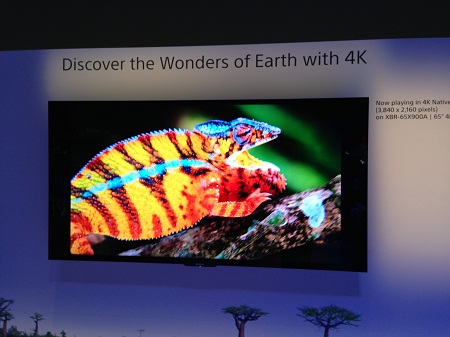 We had a look at the new 4K Bravias, and came away very impressed. The picture quality is just as amazing as the flagship 84″ Bravia TV, at a size (and hopefully price) that will be more appealing to the average consumer. One of the biggest surprises, though, was the excellent sound quality coming from the integrated speakers. Flat Panel TVs are notorious for producing sub-par sound because of the size and power restraints of the speaker drivers in such a thin enclosure. Sony developed a speaker tech that utilizes magnetic fluid to suspend voice coils, decreasing energy consumption and distortion and creating a speaker with unrivaled clarity for its size.

According to Sony, the two smaller sets will be available for purchase in late Spring, though exact pricing has not yet been announced. We’re definitely looking forward to getting them into our showroom, so you can get them into your family room. Stay tuned to our Blog for more info from CES 2013, and check out the video from Sony explaining the new 4K Tvs after the break.

New batch of Google Nexus 7, right out of the oven at Abt!