Rise of the Planet of the Tablets

The Pew Research Center released information about last year’s tablet sales.  According to the latest survey, 19 percent of all adult Americans now own some form of tablet, which is double the figures from a poll conducted in mid-December. E-reader ownership, meanwhile, increased by exactly the same margin over this period, jumping from 10 percent to 19 percent.

Tablets are certainly on the rise and they are slowly becoming replacements for laptop computers.  Do you have a tablet?  What do you think is easier? 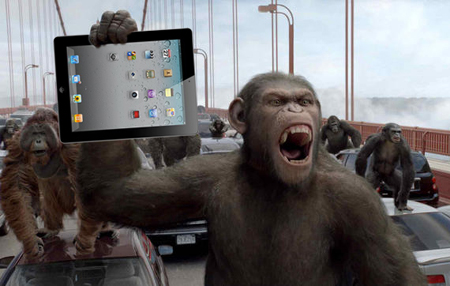 KitchenAid Stand Mixer Rebate
Get Ready for the Big Game at Abt!
iPadrise of the planet of the apestablet
0 Comments
By Pete R

Watch the Hawks Win on a New Samsung TV from Abt

Party Hard with the "Warden"