We had guest blogger Josh Davis write about the newest incarnation of iOS for Apple, but some interesting research reveals how influential iOS truly is for consumers.  According to research company Asymco, Apple sold some 156 million iOS devices in 2011, marking a grand total of 316 million in the mobile iOS’ short history. 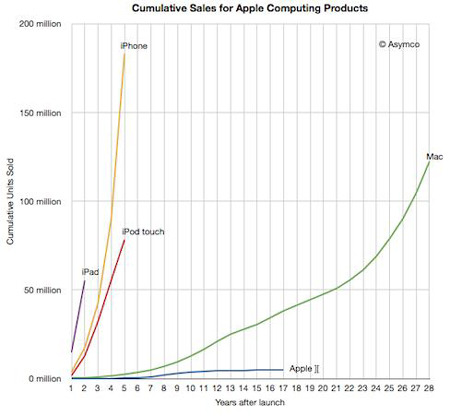 Th iOS numbers come from all Apple computers, iPads, iPhones and iPod touches from 2011. A pretty impressive year for the company, one that will most likely be duplicated for years to come.