Do you know what e-waste is or how to dispose of it? Well, like a lot of people, I thought that it was email, spam, and the like. I thought that it was easy to get rid of by hitting delete. I was wrong. E-waste is quite tangible and is causing huge disposal problems in many places all over the world. South Africa, China, and India are probably suffering the worst.

E-waste or electronic waste can be anything from old computer monitors, old cell phones, or basically any other unwanted electronic. China produces the world’s second largest amount of e-waste, the US produces the most. Unlike the US, China has a much less structured recycling method. So-called backstreet recyclers take the e-waste and melt it down for its valuable properties like gold and minerals. The downside, the methods the recyclers use to melt down the e-waste is highly toxic to the environment.

The UN Environment Programme met in Bali, Indonesia on Tuesday and discussed e-waste, among other environmental topics. At the meeting it was reported by 2020 China and South Africa’s waste from old computers alone could quadruple, in China the waste from old cell phones could increase seven-fold, and the cell phone waste from cell phones in India could be an astonishing 18 times higher.

Technology will keep moving ahead at a lightning speed. There will always be a newer and cooler gadget that will replace the last coolest and greatest gadget. As consumers, we need to be conscious how we dispose of the old technology and utilize responsible recycling methods.

Abt recognizes the necessity for responsible recycling. We have a recycling center on-site, and do our best to reduce our carbon footprint. “When we leave customer homes, they are greener than before we got there. We bring energy efficient appliances and electronics and recycle everything that we remove from the home,” said Bob Taylor, director of operations.

How do you reduce your carbon footprint? Send me your best recycling tips and I can post them before Earth Day! 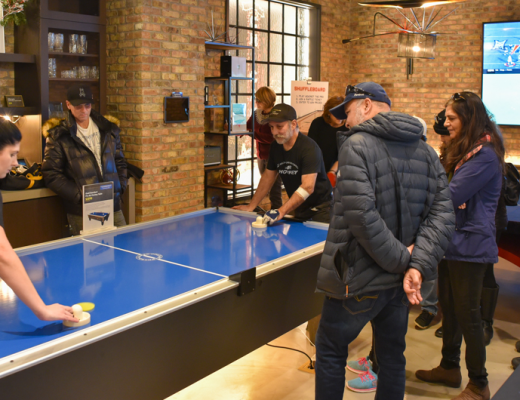