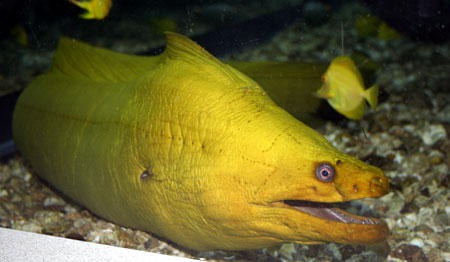 Two Green Moray eels reside in the Abt Aquarium. A 10 year-old that minds its business and an eight year-old that’s pretty feisty. It turns out that today was just the culmination of an on-going fight they’ve had for the past six months. 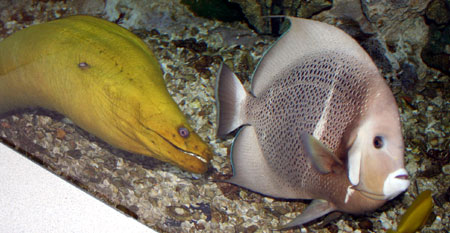 Abt’s own, Joe “Neptune” McCarthy had to dive in and rescue the Eel who instigates the fighting—why? The older, more docile eel finally got revenge for all of the fighting. He bit his eel-nemesis. 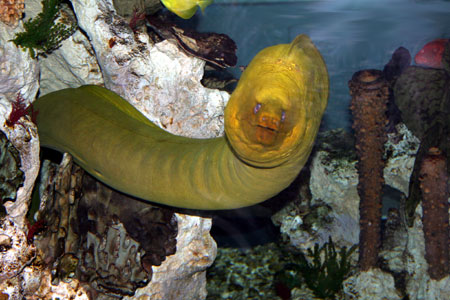 The injured eight year-old had to be taken out of the aquarium and placed in a tranquilizer tub, then got moved once again to a hospital tub. For now, there will be peace in the aquarium—at least until the naughty eel returns.

VHold Lets You Get It All On Film
Ready For Windows 7?
abtaquariumGreen Moray Eels
0 Comments
By Abt

Which Computer Do You Need For School?