Today is officially David Bowie Day in Chicago, a city holiday created to coordinate with the opening of the David Bowie Is exhibit at the Museum of Contemporary Art. The exhibit is a multimedia, multisensory experience that explores the multi-faceted career of singer/actor/cultural-icon David Bowie. Chicago is the only US stop on the exhibit’s international tour, making it one of the hottest tickets in town. We were lucky enough to be invited to an exclusive preview of the show, courtesy of Sennheiser. 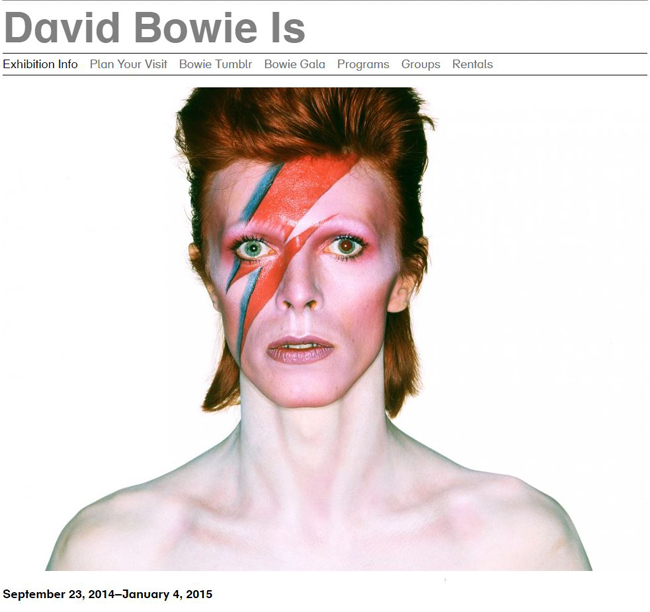 David Bowie Is will be showing at the Museum of Contemporary Art through January 15th, 2015. 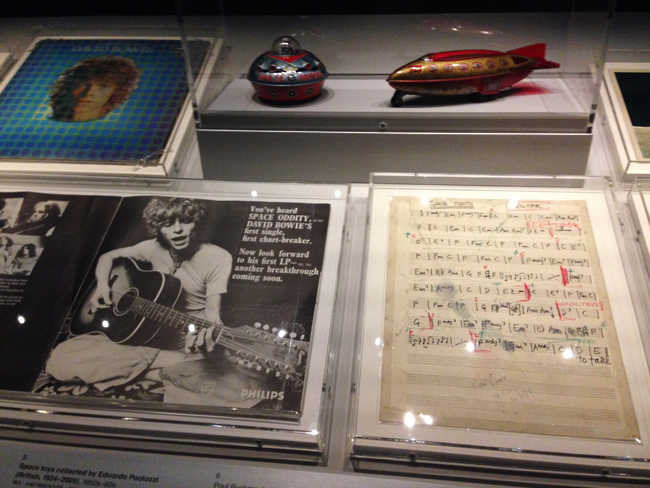 As you might imagine, audio quality was an important component to the exhibit. As visitors wander through a visual journey of Bowie’s career, complete with original works of art, outlandish stage costumes, original sheets of music, and more, they’re treated to an accompanying audio track that features musical highlights and interviews with the man himself. The show’s curators knew that the tinny sound typical of normal museum exhibits wouldn’t fly in an homage to one of music’s most recognized names, so they enlisted the help of Sennheiser, a company known around the world for its premium audio products 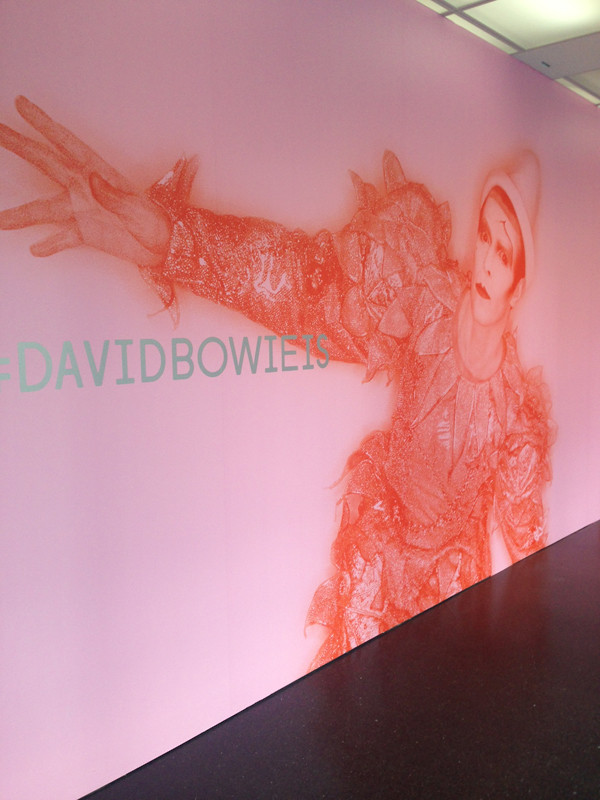 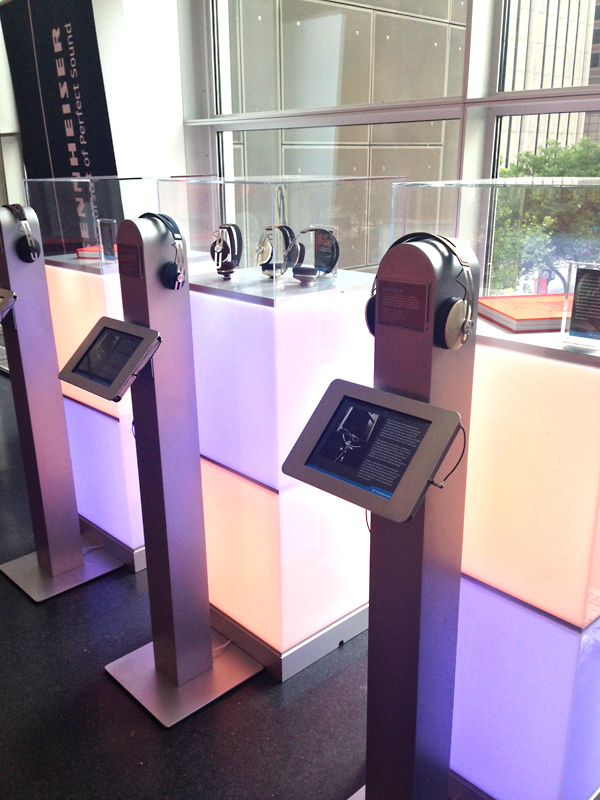 Sennheiser was tasked with two main objectives. First, they needed to make original live tracks of Bowie (often recorded in mono audio) sound fabulous. They did this by remixing these vintage recordings into 3D audio, carefully tweaking the source material to create new audio that could convincingly replicate the feel of being at an actual David Bowie concert. 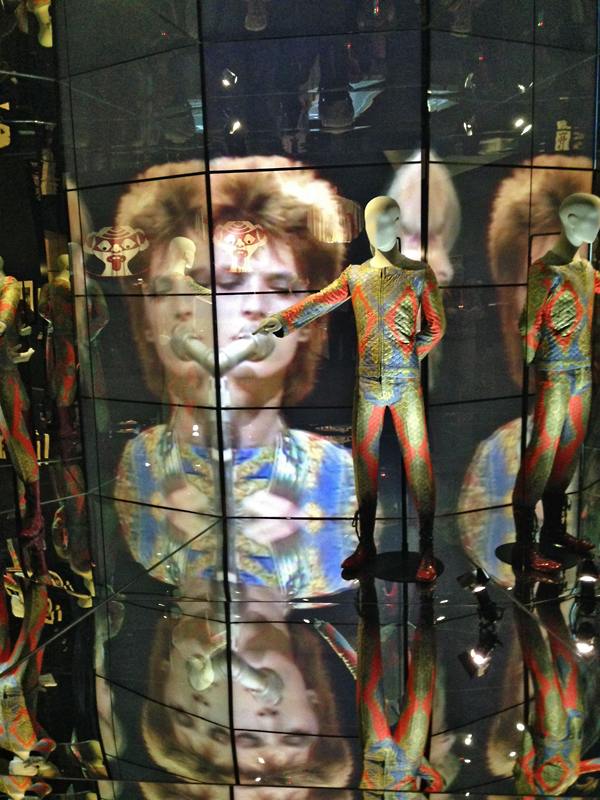 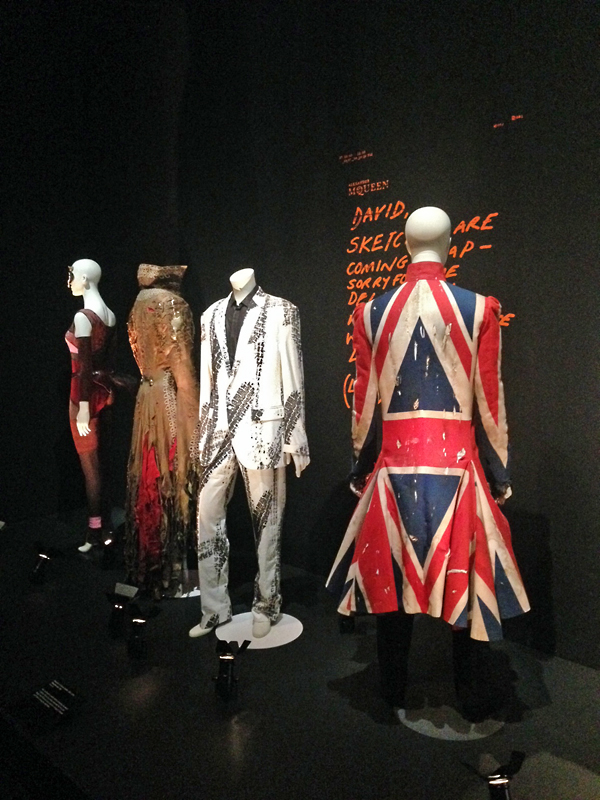 They also had to figure out how to contain specific sounds to their respective areas of the exhibit, so the show as a whole wasn’t simply a jumble of noises competing with each other. To achieve this, Sennheiser utilized their guidePORT mobile audio technology. Attendees are given a small receiver outfitted with a set of Sennheiser headphones. As they move through the exhibit, the receiver analyzes the guest’s position and plays the unique audio that corresponds to the part of the exhibit they’re viewing. The result is a seamless audio journey through Bowie’s musical history.

David Bowie Is is one of the most talked-about art exhibits to come to Chicago—and the entire USA—in recent years. It’s both an artistic and technical masterpiece, and worth a visit even for those who aren’t David Bowie fans. The show will call Chicago home until January 15th, 2015. For more info, visit David Bowie Is at the MCA Chicago.