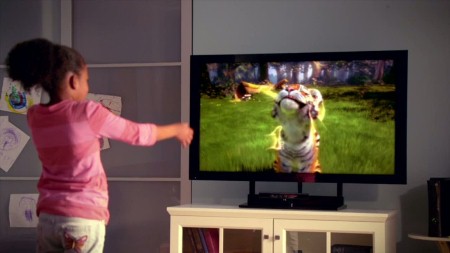 Released in 2010, Microsoft’s Xbox 360 peripheral the Kinect changed the way we viewed controller-free gaming. While Nintendo and PlayStation were the first in the marketing with the Wii and PS Move, respectively, Microsoft’s Kinect blazed a trail of response and control unlike its predecessors. Only one day after its release, the Kinect’s internal software was “hacked” and made available for developers to play with. We’ve seen several adaptations of the Kinect software, like its application in the operating room, but none will have the potential of the autism-detection development being done by The University of Minnesota’s Institute of Child Development in Minneapolis described in an article by Forbes.

Using five Kinect sensors in a nursery of three to five year old children, researchers are attempting to use the technology to detect early warning signs of autistic tendencies. The children are tracked by their clothing’s color, and the information is fed into a bank of computers that use an algorithm to recognize if they are being hyperactive, or unusually still, indicating possible autism.

Eventually, the idea is to use the Kinect to monitor behavior, then cross-reference is with the Autism Scale for Infants. The scale measures if a child can follow an object in front of them along with the mannerisms and posture habits that are indicators of autism. Parents will hopefully be able to play some sort of Kinect game with their children and test for signs of autism.

“The ideas is not that we are going to replace the diagnosis, but we are going to bring diagnosis to everybody,” says researcher Guillermo Sapiro. “The same way a good teacher flags a problem child, the system will do automatic flagging and say, ‘Hey this kids needs to see an expert.”

If this technique is properly refined and developed, we could see a Kinect title as an easily accessible household test that intends to put parents’ minds at ease about their children’s development, or alert them to begin further testing.

” I may not be sold that the Kinect is the future of gaming, but the technology certainly seems to have its futuristic uses.”

I have to agree, while this add-on has definitely invited created another demographic of gamers, it doesn’t really hold much to the future of true gaming. However, the potential uses for this technology seem to be growing by the day and if it can be further adapted to help anyone and everyone, let the development continue.